The future of the country’s next generation as well as the implementation of Vision 2030 depends on the newest group of Deputy Permanent Secretaries (DPS) who will be the determining factor in whether the country achieves its very laudable goals.

“It will require a level of out of the box thinking, a level of innovation and creativity, a level of accountability and transparency…” Minister of Public Administration and Communications, the Honourable Maxie Cuffie told the newest cadre of DPS at the opening of their orientation programme earlier today.

He noted that they are assuming leadership in what is perhaps the most pleasant work environment for public servants with the opening of the Government Campus, the Education Ministry Towers and the Waterfront Complex.

Additionally, there is the announcement of changes in the recruitment process allowed for ministries with peculiar positions by the Public Service Commission (PSC), said Minister Cuffie.

“You are entering the leadership of the Public Service at a time of great financial and societal challenges. Never before have we been called upon to do so much with so little. As the financial demands being made on the government continues to expand, its ability to meet them continues to contract.”

The last time the Public Service held a similar exercise for ‘Enhancing Career and Succession Management in the Public Service’ as the PSIP project was called, it cost $730,000 and was held at the Hyatt Regency over eight days, using external consultants.

“Today we are using mainly internal resources and we are at the Marriott but I have every confidence that the training you will get today will leave you better prepared for the challenges you will face than any of your predecessors.”

To this end, he said, the future of the Public Service and its impact on government’s ability to deliver goods and services in a timely, consistently reliable, and easily accessible manner, rests squarely on the shoulders of DPS.

Minister Cuffie urged the DPS to inspire those they lead and aspire to become exemplars in the same way past Permanent Secretaries such as Frank Barsotti, Frank Rampersad, Reginald Dumas, Dodderidge Alleyne and Dr. Roland Baptiste.

Permanent Secretary in the Ministry of Public Administration and Communications, Joan Mendez also urged the DPS to share perspectives and be open to new learning.

Recently 15 DPS were promoted by the PSC. Then the PSC promised the DPS that training and mentoring will be provided and that a programme will be formulated at the Ministry of Public Administration and Communications (MPAC).

The DPS who participated in today’s orientation were involved in preparing the needs assessment of the programme. The programme is closely linked to the skills and knowledge areas which are necessary in the performance of the duties and responsibilities of DPS.
The DPS training runs until Friday, August 11, 2017. 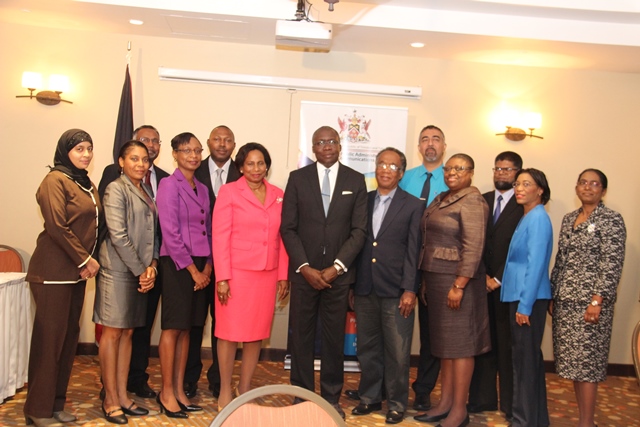