TTT WILL CREATE MORE JOBS AND SPARK THE CREATIVE SECTOR

The decision of the Government to revert to TTT will result in the creation of new jobs and expand the creative sector.

Minister of Public Administration and Communications, the Honourable Maxie Cuffie made this pronouncement earlier today when he explained the Cabinet’s rationale for closing down the Caribbean New Media Group (CNMG).

Minister Cuffie said the one bright spot was 100.1 FM which maintained market share and was competitive. He said this influenced the Government’s decision to keep the station on the air. Further, he informed, during the 2015 national consultations to determine the way forward for CNMG and GISL, it was discovered that there exists great attachment to TTT.

“We are not recreating a new company, the company already exists, it’s on the companies’ registry. The other problem is, there was always a problem with the name CNMG, people never bought into it, the consultations proved that.”

Minister Cuffie said there is need for an entity that would have wide appeal.

“The TTT that we envisage will be serving the role of a public service broadcaster. That means it’s not a commercial operation… as a public service broadcaster the mandate would be to have a bias towards local programming, to foster local creative activity, content, public and government information and news. That’s a public good that people expect to have to pay a price for.”

This does not mean there will be no foreign content, he clarified, but there will be a bias to local programming, which once increased, will spark a new local content industry.

TTT as envisioned by the Government will produce government information, news and show local content; the new station will have access to facilities once occupied by the now defunct Government Information Services Limited (GISL), but it will not be solely profit-driven. Minister Cuffie acknowledged this model only works if “Government has a light touch.”

However, he explained that closure of CNMG is not simply a re-branding and restructuring exercise. In addition to the name change, there needs to be a new culture and mandate which is why the current employees have to reapply for their jobs.

He said as the Minister responsible for CNMG he will not be asking for an increased subvention for the station but based on a proposal he has seen from a group of film makers, he is confident that local content will cost less than foreign content.

TTT will continue to operate from its 11A Maraval Road location. A new board will be appointed by the Ministry of Finance to wind-up the CNMG operations which the Minister hopes “will happen quickly” to allow TTT to be on the air in the shortest time possible. 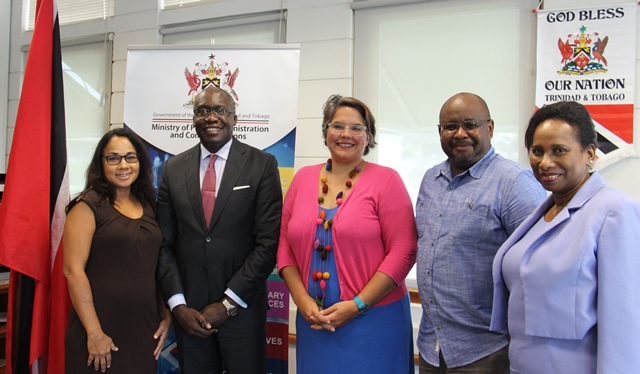